Got this one another blog.. lol..

The Danish version of the popular "Survivor" series reality television show Expedition Robinson a.k.a. Robinson Ekspeditionen has been filming in Malaysia, on an island off the Mersing coast. The show is broadcast on Denmark TV3, and has been criticized for deliberately humiliating the participants by requesting nude events, like a naked race on an island, along the beach this season. Of the 22 contestants, 16 of them choose to "go comando", while five of the male contestants kept the boxers on, they were subsequently forced to eat caterpillars, to decide who should be sent back to Denmark. One female refused to be a part of the race and was sent home right away. The producers of the show have subsequently apologized to all Malaysians for the scene depicting the naked race on an island off Mersing, Johor on May 3. Explained that the scene was not pre-meditated and was not part of the actual shooting, they also gave their full assurance to Malaysian government authorities and Malaysians that the scene would not be aired. The company's executive producer said:

“This was an inexcusable incident, a huge error of judgment and a devastating blow to the good relationship between the Danish production and the people of Malaysia.”

He added that the director responsible for the incident was immediately terminated and described the responsible director's decision as insensitive and insulting. And he also said he has explained the situation to the Central Agency for the Application for Filming and Performance by Foreign Artists in Malaysia. So, since the producers of this awesome Danish reality television show have said they are sorry to the Muslim-majority country for shooting a nude scene on a southern Malaysian island earlier this month on May 3, lets share the controversial nudity. And by the way, the apology is bullshit and a total lie because nudity is like required to be a Danish reality show. Only Malaysian officials would be ignorant enough not to expect a bare ass or two by people from Denmark filming a show. Click on pictures to enlarge

Lolers.. damn lame.. Jc i know u want to be there.. only guys? lolololololol 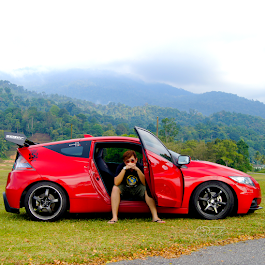